During a recent episode of Big Nation Radio, WBFF Pro Fitness Model World ChampionObi Obadike boasted of a newfound six-figure contract with MusclePharm. Which coincidentally aired around the same time that Supplement King Muscletech cut their bodybuilding roster by more than 60%, releasing nearly all of their lesser known Pro Bodybuilders.

It made all of us at MuscleWeek sit back and wonder if we were witnessing a seismic shift in the marketing strategies of the supplement companies, and made us ask the question:

Do the relatively new Men’s Fitness Model and Physique Competitions signal the end of the line for Bodybuilding?

Now before we jump on the latest bandwagon of prematurely announcing the death of bodybuilding, let’s look at a few facts:

– Most guys get into bodybuilding to improve their muscularity
– Most guys look up to Pro Bodybuilders because they get the magazine covers and attract the most attention
– Most competitive bodybuilders mention getting their Pro card as one of the reasons they continue to compete
– The perceived benefit of having a Pro card is to obtain sponsorship from an apparel, supplement, or beverage company.

And when one looks at the above facts, one quickly realizes that all of the above can be attained by competing and being successful in the Men’s Fitness Model Competition. Better yet, instead of having a grotesquely large and unhealthy body that is ogled by 90% men and 10% emotionally stunted women (figure, bikini and fitness competitors), a winning men’s fitness model competitor will have a body that 99% of women crave and 1% of men ridicule as being ‘twinks’. 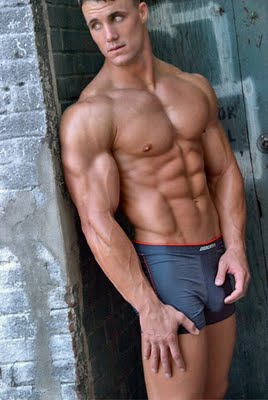 Gregg Plitt is a fitness model who has been sponsored by Met-Rx for the past 3 years. THREE YEARS! That’s an eternity in bodybuilding, where guys typically jump ship every 1-2 years by virtue of their perceived value either rising or falling in the eyes of their sponsor.

If you ask the hardcore bodybuilder to drop weight to compete in Men’s Physique, he might look at you like you’ve gone mad. But that’s his Hulk-smashing ego fronting for him. A quick look at today’s trend in sponsorships reveals that even guys with average physiques like Isaac Hinds are landing contracts (Muscletech) and the guys landing the covers of previously bodybuilder-dominated magazines like Muscle & Fitness are more likely to resemble a physique competitor (i.e. an MMA fighter) than a Mr. Olympia winner.

The numbers show us that magazines like Men’s Health and Men’s Fitness routinely outsell bodybuilding publications by a 10:1 or even 20:1 margin. The main reason you don’t see Muscletech Advertorials and BSN ads (along with the smaller companies) plastered everywhere in those magazines is because their advertising rates are astronomically higher than what you’d find in a bodybuilding rag.

But what does Men’s Physique really mean to most of us?

– Significantly less drugs (out with the ridiculously high levels of androgens).
– Less food (no more 6000 calorie/day diets).
– More cardio (with less reliance on gh).
– A more attainable physique to sell most guys on how they really want to look.
– A more fit physique capable of walking two flights of stairs without requiring oxygen.
– A body that is much closer to a woman’s idea of manly perfection.
– That Hugh Jackman can walk off a movie set and become a Pro Men’s Physique Champion overnight. 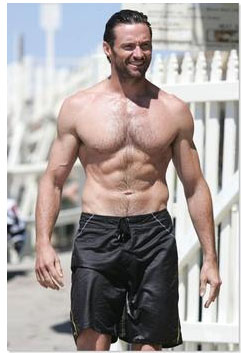 As much as the hardcore bodybuilding fan base has ridiculed the introduction of the Men’s Physique category, the supplement companies that run bodybuilding have clearly thrown their support behind this new division, and if there’s one thing we all know: We’d all rather look 27,583% BETTER than be 27,584% STRONGER.

Congratulations to our good friend Isaac Hinds for the Muscletech sponsorship. Isaac is also the mind behind our sister site Hardbody.

Is Usain Bolt on Steroids?

Is Olympic Sprinter Usain Bolt on Steroids? As we prepare to watch the 2012 Olympic Track and Field events, all eyes are squarely on Jamaican...
Read more
News

The cliché answer from personal trainers and nutritionists on avoiding the pit falls of eating lousy foods is always the same. “You have to...
Read more
Interviews

The social network of Muscleweek Senior Editor, Shane Ray is something to behold. When told by his Editor In Chief that the site needs...
Read more
Interviews

Lexi Kaufman Signs with the WWE

Erykah(Erica) Blockman Emerald Queen Of Muscle By R. Knight It may be premature to talk about the future of Women’s Physique.  Since the division is barely three...
Read more

Your Only Source of Credible Bodybuilding News and Information coming to you straight from the Mecca in Venice, CA!

Who Still Trains at Gold’s Venice??

See my exclusive interview on the G&O.Here’s me and Big Ben. It’s a bit blurry but when you’re as ugly as me, that’s a...
Read more